Time has not weakened Manfredi Lefebvre D’Ovidio’s desire to buy at least a share of defunct Crystal Cruises.

The Heritage Group chairman and executive who built Silversea Cruises said via email that he was “still interested in Crystal”. A possible acquisition is being handled by Cristina Levis, the vice president of Abercrombie & Kent, he said. Heritage Group, a private equity group, acquired a 90% share of A&K in 2019. 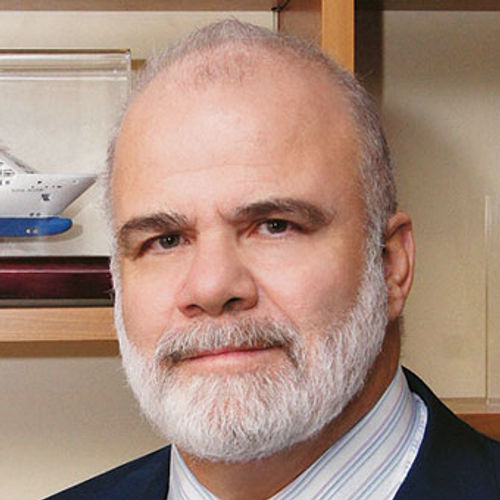 Lévis declined to say whether Lefebvre wanted to buy the entire cruise line, which closed in February, or buy its ships piecemeal.

In an email, Levis said if a sale were to go through, it was not yet determined whether A&K would be the end buyer. When asked if the organization was interested in the Crystal brand or its vessels, she said stakeholders had “not yet finalized our [due diligence] on ships and brand, so [we have] has not made a final decision.”

Crystal’s future has been uncertain since the collapse in January of its parent company, Genting Hong Kong, and the line, once popular with passengers and trade, ended operations earlier this year. A transferee has since been appointed to liquidate the company’s assets.

Since then, more than 30,000 creditors have reportedly filed claims against the line, including customers who want their money back for canceled cruises, agents who are asking for overdue commissions and vendors such as fuel suppliers who have failed. not been paid.

The liquidators’ priority is to make the most of Crystal’s assets for the benefit of creditors, said Anthony Kaufman, a cruise consultant who worked for Carnival Corp. brands. The most valuable assets, he said, are its brands, its passenger list and its ships.

Liquidators could sell any combination of those assets, but what added value to Crystal’s reputation were the people who worked for the brand, including the team, Kaufman said.

“You might want to buy the Crystal ships and the name and say it’s Crystal, but her ships are really inanimate,” he said. “The heart and soul of the brand is provided by the crew members. So if the crew members have scattered around the world and are not going to return to their ships, then the product, by its nature, will just change.”

Many crew members are awaiting news of whether the brand will be sold and whether they can return to work, but others have sought employment with other lines. Windstar, which offered signing bonuses of $1,500, has hired at least 15 ex-Crystal crew members, according to spokeswoman Sally Spaulding.

“And we continue to recruit heavily from their pool,” she said.

Seabourn said he was processing requests from crew members, but declined to say how many.

“We’re all hoping for a buyer and a restart,” said Bernie Leypold, former senior vice president of hotel operations at Crystal.

Calling the crew and office staff “a cruise line’s most important asset”, Levis said they aim to keep them, in the event of a sale.

“We highly appreciate what the crew and shore employees have done for the Crystal brand and we will try to retain as many of them as possible,” including former chairman Jack Anderson, if available, said. she declared.

No date yet for ship auctions

Meanwhile, the Crystal Serenity and Crystal Symphony are in the Bahamas, and the Crystal Endeavor is in Gibraltar.

The ships will most likely go up for auction, said Tim Davey, founder and chief executive of Global Marine Travel, a Fort Lauderdale-based Power List agency that coordinates crew pay and travel.

Bank officials have visited the ships, Davey said. Serenity and Symphony each have around 100 crew members to maintain the ships. Engineers carry out engine tests daily and staff varnish the railings to ensure they shine if a potential buyer stops by for a visit, he said.

“There’s literally someone coming in and flushing every lavatory on the ship to make sure water is still flowing through the systems,” he said.

Dates have not yet been released for the vessel auction. The timing is up to the admiralty courts of the Bahamas and Gibraltar, Davey said.

“Most people want to think they can get a deal at an auction, so they’re likely to wait and see which interested parties come up,” he said. “The truth is, no one knows who these genuine stakeholders are, because no one wants to tip their hats and drive up prices.”