The rising cost of living means we consider value for money more than ever. People are now looking at reviews under a microscope to see if it’s worth shelling out for expensive attractions. So where in the world isn’t it worth the high ticket price?

Here are the top 20 attractions considered too expensive by tourists 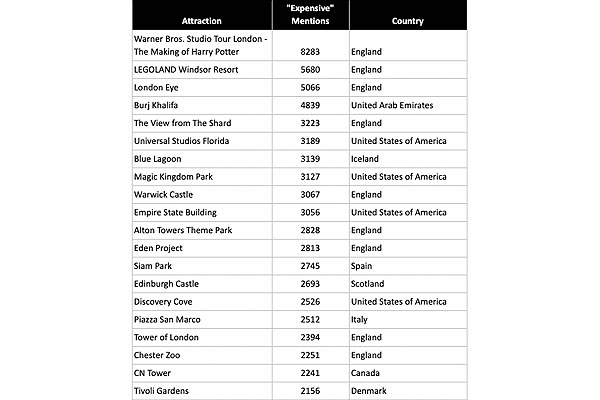